ONE HEART FOUNDATION
One Heart Foundation is an Australian not-for-profit foundation that was established by Dean Landy of Melbourne in 2007. One Heart’s primary focus is to change the future of orphaned and abandoned children living in poverty in Kenya, and in turn see whole communities transformed through education, leadership, empowerment and most importantly – love. As part of this effort, they have established an orphanage and school in Eldoret, also known as the City of Champions. All of Kenya’s Olympic and world champion long-distance runners come from this area.

In 2018 Paul visited Kenya and Eldoret with the Unstoppables, founded by Julio De Laffitte. He spent a short time at the school, working with its leaders to come up with ideas and strategies to improve the school’s operations and self-sustainability. At Think Accountants, we are proud to sponsor Franklin Kipruto, a young boy from Eldoret ….. to ensure he receives a high-quality education and realises his dream of becoming the Chief Justice of Kenya. His story is told in the following YouTube documentary:

Here is a photo was taken with Paul and Franklin on Grand Final day 2018 – just after we found out the Pies had lost! 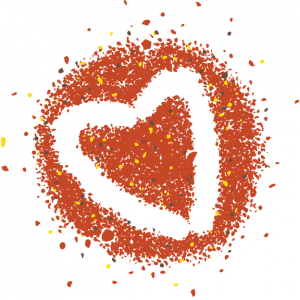 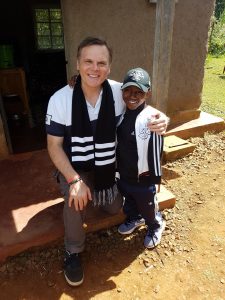 If you want to help or learn more about One Heart Foundation, visit their website below
https://oneheart.foundation/
BRIDGE BUILDERS YOUTH ORGANISATION

We at Think Accountants are proud to be a long standing supporter of Bridge Builders youth Organisation. They are a non-profit youth organisation based in Lilydale, delivering youth services to the Eastern suburbs of Melbourne, and around the State. They do not receive any government funding for the youth services provided which means they rely solely on Business Partnership, events and their dedicated volunteers to be able to provide the life changing work they do in the community.

For the price of a cup a coffee a day you can change the lives of young people. To find out more about Bridge Builders, donate or get involved in their next event visit their website.

HANDS ACROSS THE WATER

As a result of the boxing day tsunami the west coast of Thailand was catastrophically effected, leaving countless children alone and homeless. In 2004, Hands Across the Water (HATW) initially supported 32 Kids who had lost their parents and were living in a tent at Baan Tharn Namchai in Phang-Nga, a town on Thailand’s northern Andaman coast. The kids were left withhold food, shelter or support.

HATW, along with a number of equally committed supporters pooled their resources to build the first orphanage at Baan Tharn Namchai. Hands Across the Water director, Rotjana Phraesrithong led the centre and it was opened in August 2006.

Today, Baan Tharn Namchai is home to over 100 children and HATW support hundreds of children in multiple locations across Thailand. In 2014 Paul participated in a charity bike ride to raise funds for new orphanage, (more on this below) and we are honored to suuport an organisation that makes a real difference.

Learn more and donate by visiting their website below.

In February 2014 our fearless leader Paul Raye joined the Business Blueprint charity bike ride to raise funds for a new orphanage with Hands Across The Water. The orphanage, Baan Home Hug is in Yasothon Northern Thailand for children born with HIV.

Together with 28 others Paul rode over 500km in five days. Below is a a snap shot of his expericences.

Think Accountants is committed to helping our valued clients through these uncertain times. Contact us here. Request a FREE consultation